Don't miss out these FREE items! Check it out !（Pls read the rules carefully!）
Specials in cart!

Purchase one of these cables together with any other products,

you can enjoy the P+ offer. 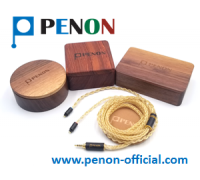 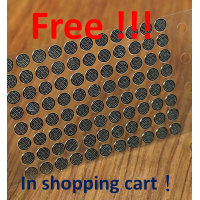 The design of A280C is based on SOUNDAWARE national patented professional high - fidelity streaming music playback architecture, which bases on the FPGA and dual native audio crystal oscillator to decode the audio file, obtaining highest performance and minimum jitter.

The principle of PCM and DSD sampling

No matter which sampling type is used , the importance is the original playback.

For DSD data music files, the best choice to choose a device which could support DSD original playback. Why ?

With one analog signal, choose PCM or DSD to sampling and playback, the effect is very different. The core reason is that the PCM is sampled by equal time, which makes the sound more sensitive on the dynamic. However the DSD playback makes the sound more smooth, less harsh, since the DSD can exactly react the change trend.

CPU deals outside facility, while FPGA handling hard decoding and excellent digital clock treatment. Both them and DAC proceeds are isolated, without mutual influence, making sure the best performance.

It inherits much optimization experience and circuit structure from A200, having the same quality, but function is more utility, But she has her own preamplifier, and could be used as digital dial player, independent DAC and headphone amplifier . Different with A200, coaxial and optical input are added ，which means it could be used as an independent decoder.

Since the beginning of 2013, SOUNDAWARE started developing one player, which could support decoding DSD format files directly, instead of converting DSD data into PCM firstly , that used on all of the present high fidelity playback products at that time. Until 2014, after obtaining the program of 1 Bit DSD original playback, R&D have to conquer the barrier of developing another effective control method and circuit module. Ultimately, they succeed and apply the original playback architecture to high fidelity products.

support the format of FAT32 and NTFS

Weight (with the package): 6kg

FLAC: all compression grade of 32khZ~192khz

APE: below the compression grade of 32khz~48khz Extra High

DSD (DS64 not the compression from DST)

Besides the format which are supported by the remote controlling, will exploit to support more format of PCM, DSD.

Support CD-One: play CD and ripper from the CD actually, to be CDT or CDP

Support the connecting play between ISO and CUE seamlessly.

Will ship via DHL/UPS/EMS or AirMail Parcel through Hong Kong Post .

It is required to put your phone number on the parcel, please leave me your contact number when you pay.

Due to the impact of the COVID-19 pandemic, global international shipping will delays. The delay at our Hong Kong post office is very serious, so we have changed to other fastest or most efficient international shipping. Now the normal estimated delivery time may be delayed by about 1-2 weeks. In some countries where is higher free-tax rate, we will provide free courier service as much as possible.

All listed items will be shipped though Registered Airmail with tracking number if there is no extra shipping method option listed or shipping description in the product page.

Economy shipping: Will be shipped without tracking number.

It will be shipped via Hong Kong Post by default, Europe countries can choose to be shipped via Deutsche Post or Netherlands Post, it is also FREE, pls leave us a message if needed.

Express service: Will be shipped via DHL/EMS/UPS/FedEx